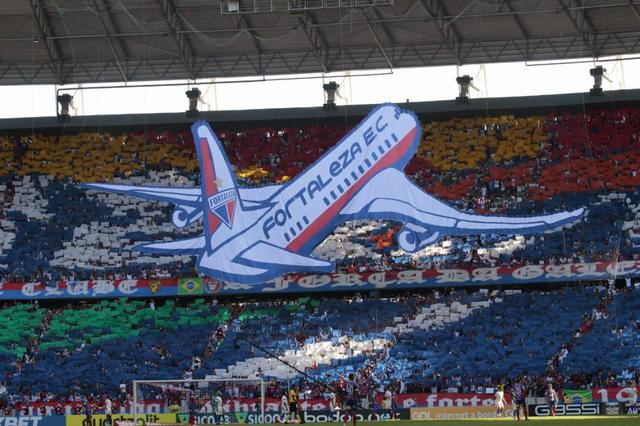 Fortaleza was in the Série D (Brazil 4th tier) 3 years ago, and now they qualified to the Copa Sudamericana, the 1st time ever club get an qualification to an international competition.

1st choreo: "Soy loco por ti, León" (I´m crazy for you, Lion), written in spanish because here in South/Latin America 90% speaks Spanish, its almost the lingua franca on this side of the planet

The man on the choreo is Marcionílio Pinheiro, historical leader of Leões da TUF (main Fortaleza group) killed in 2005 in Rio at a match vs Botafogo. 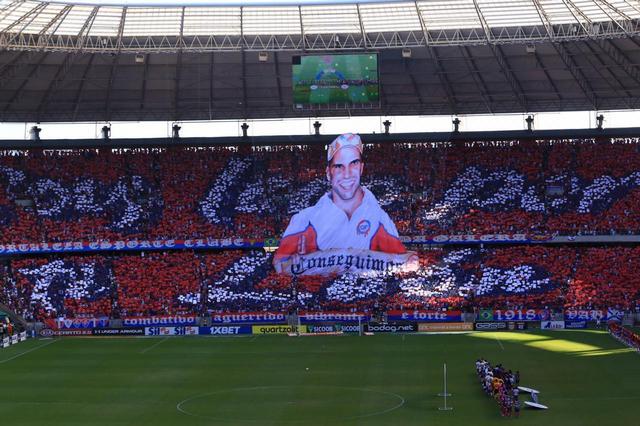 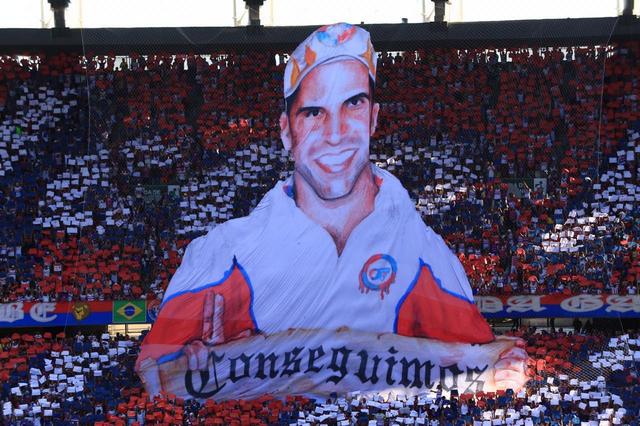 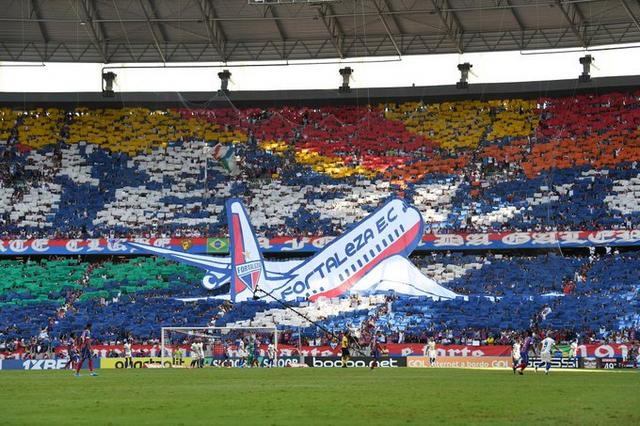 And after match, an LED choreo (ok, a bit modern but looks good) 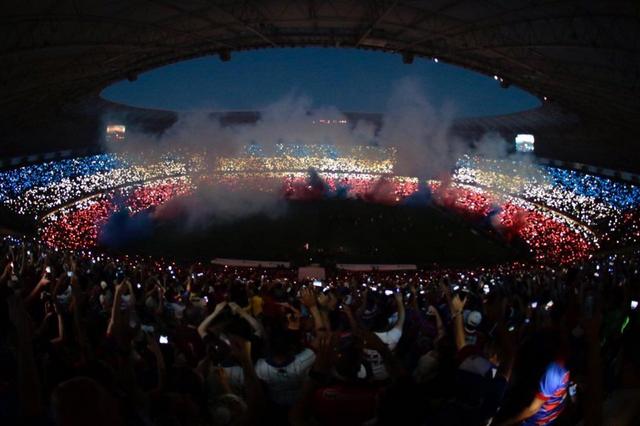 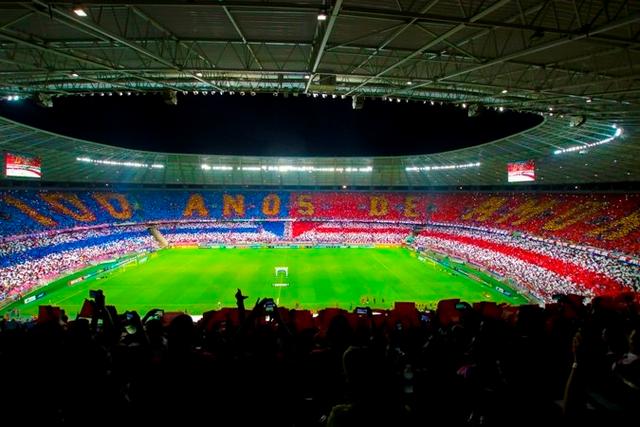