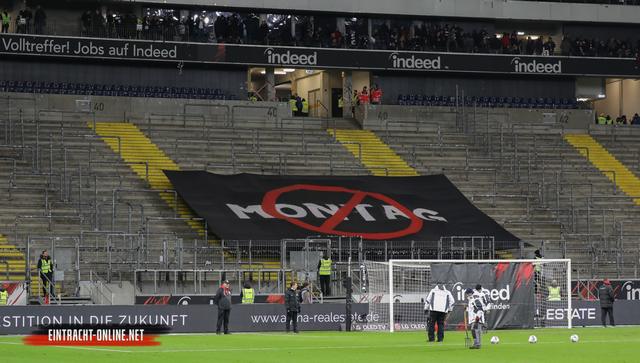 Eintracht Frankfurt fans left part of their ground empty and displayed banners in protest at Monday matches in their Bundesliga loss by Union Berlin.

There have been numerous protests against Monday night matches in the Bundesliga since they were introduced in 2017-18.

The German football league (DFL) has already announced Monday games will be scrapped from 2021-22.

A statement issued by several leading fan groups read: "Our message to club representatives and the DFL is clear: No more Monday games!"

It added the ongoing protests were aimed at creating "a football for fans and not for financial gain".

The Bundesliga announced over a year ago it would stop Monday games after its current television deal expires, but protests are expected to continue until it really happens. 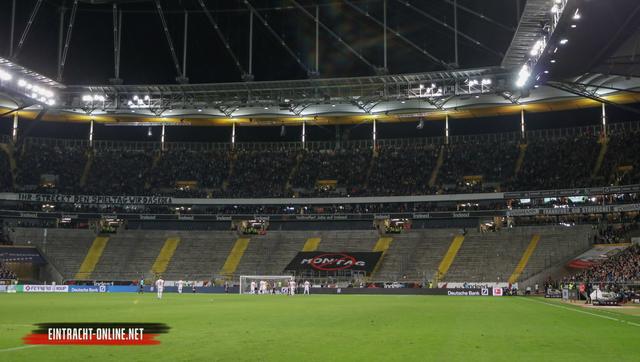 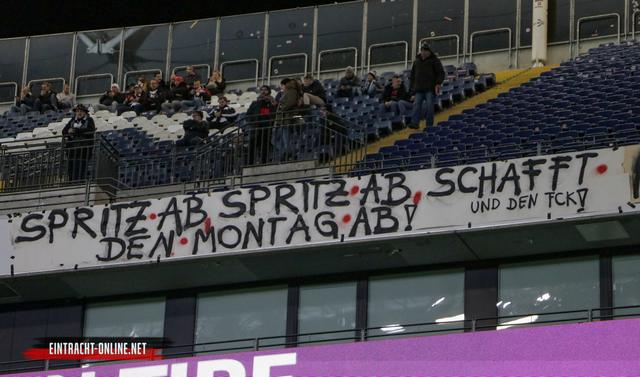 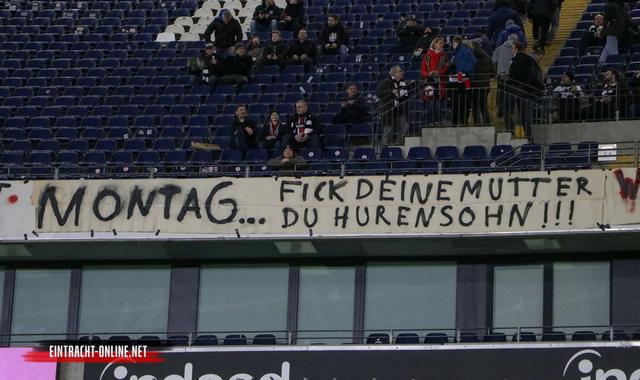 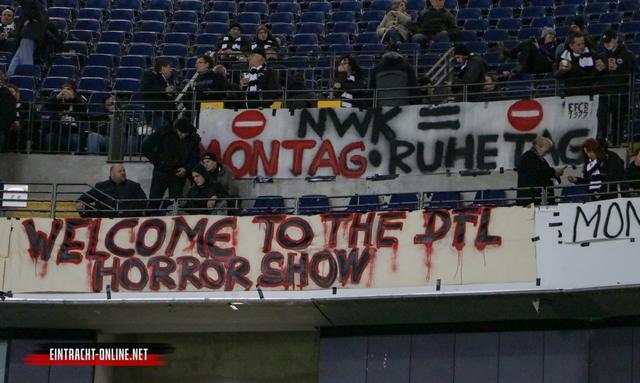 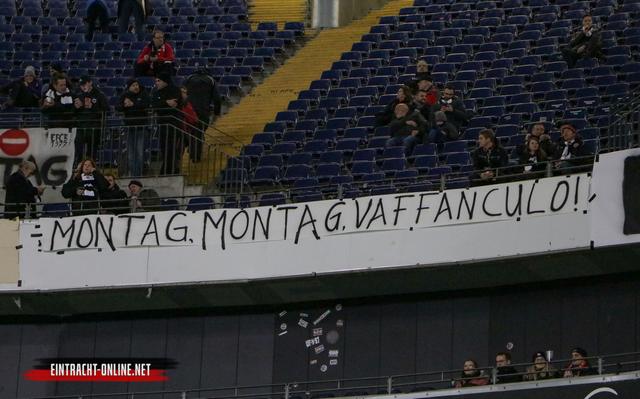 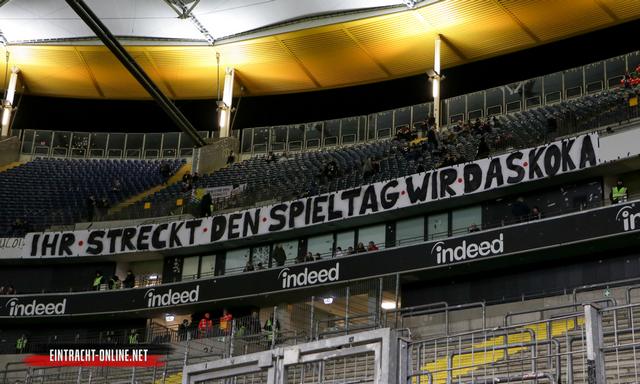 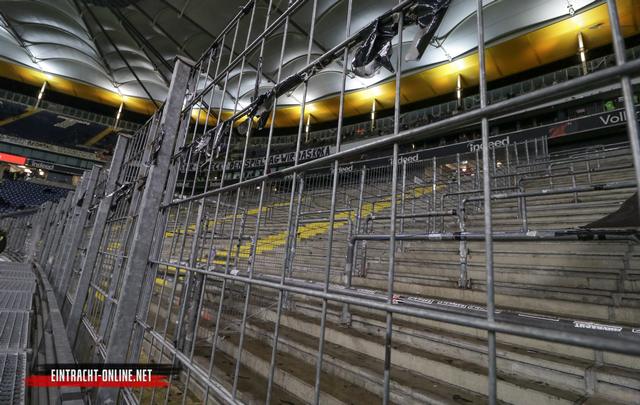