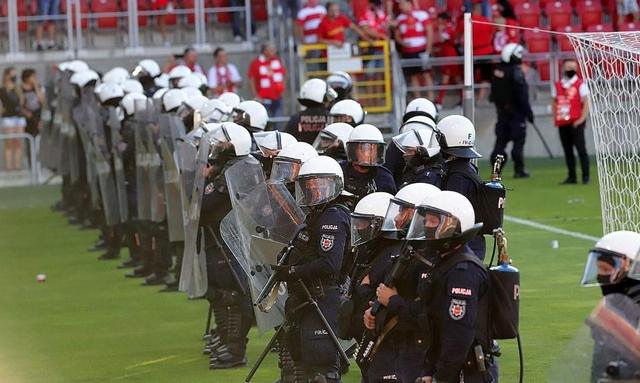 50% of stadium were opened for this match. Widzew got promoted to I Liga, but only because of GKS Katowice not winning their match... This is probably the first time in history, when club gets promoted and fans are angry for the players for their miserable performance (only 1 of last 7 games won and losing with half-amateur teams while fighting for promotion). This resulted in pitch invasion, stripping the players out of t-shirts and some punches were thrown... All stopped by police. 7 fans arrested so far. 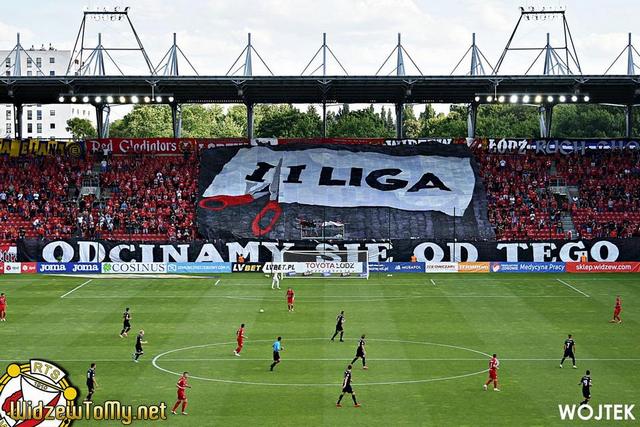 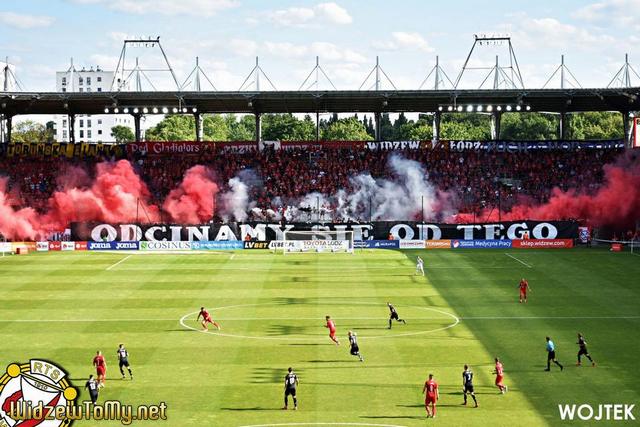 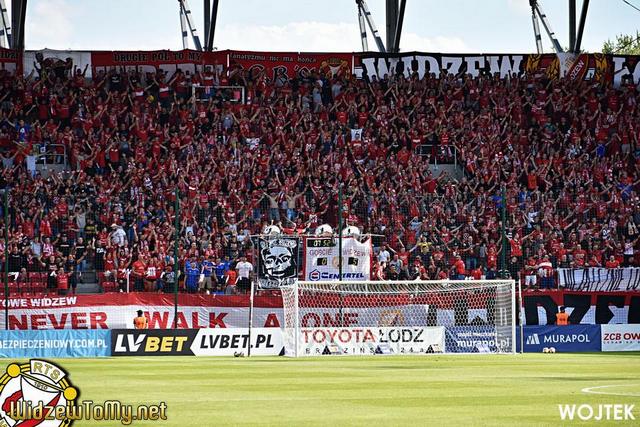 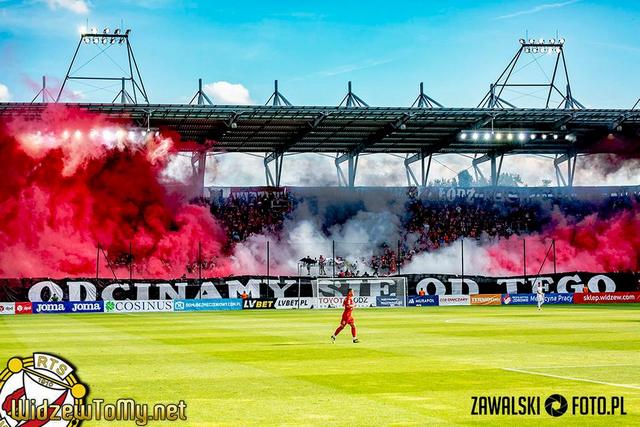 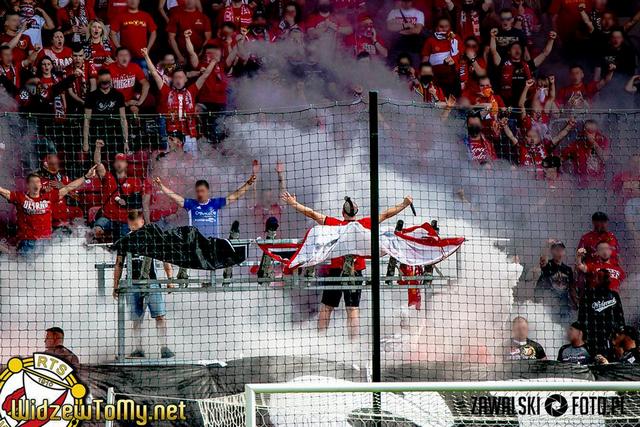 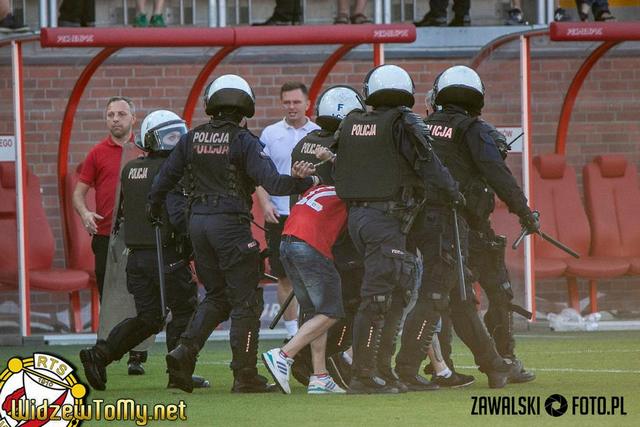 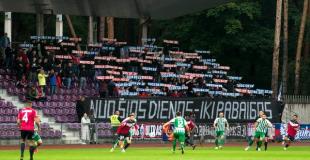 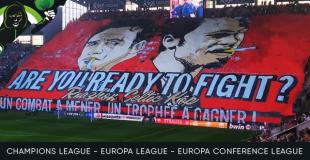 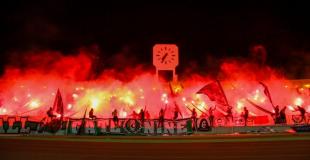 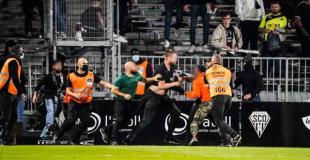