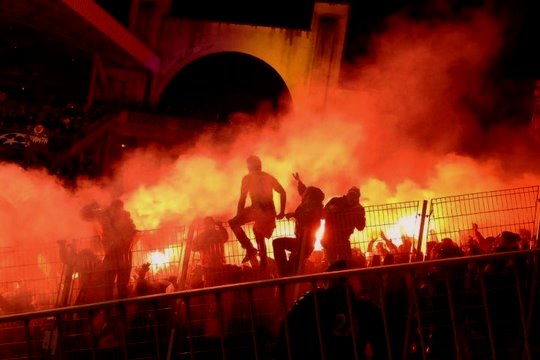 First APOEL supporters got around 2000 tickets for the match against Lyon in the 8th final of Champions League. That was not enough, so the orange fans started to buy tickets close to the away section (Thats why they are separated from the away sector). We don't know the exact number of away supporters, but looking at these pictures we can all agree the away support is fantastic, and considering the distance between France and Cyprus this makes it even better. Thousands of supporters, choreo and pyro! 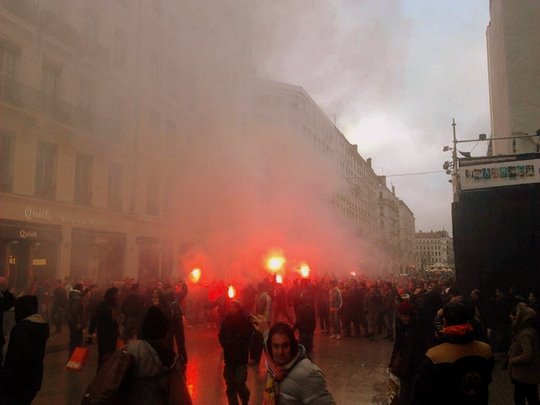 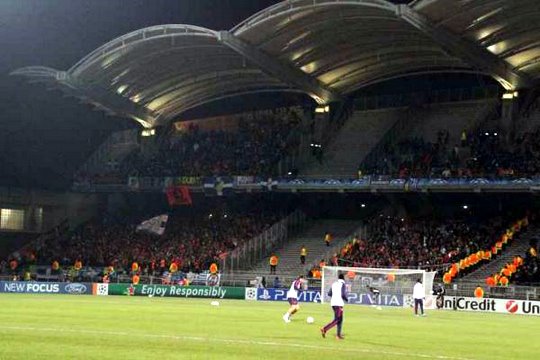 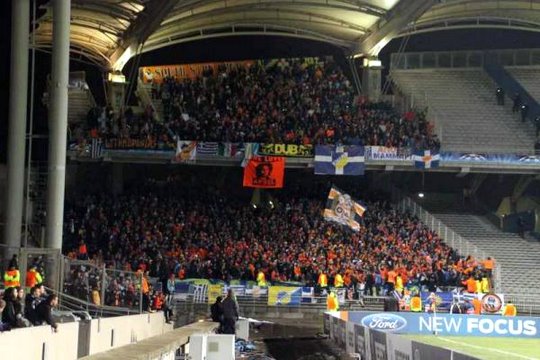 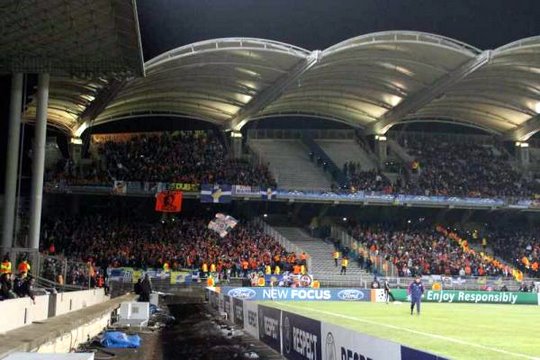 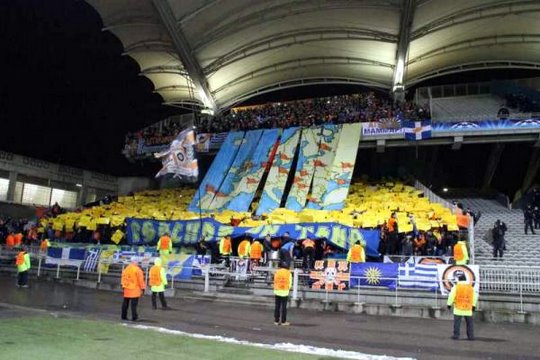 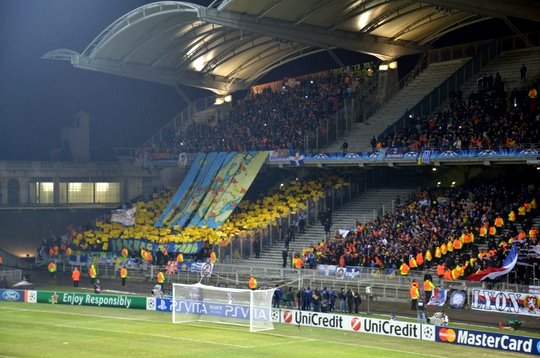 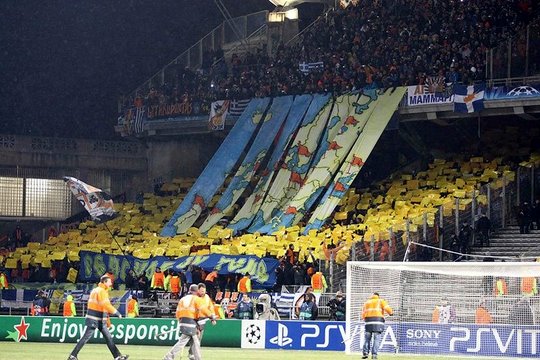 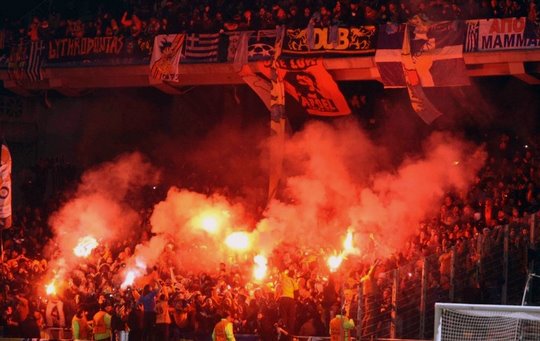 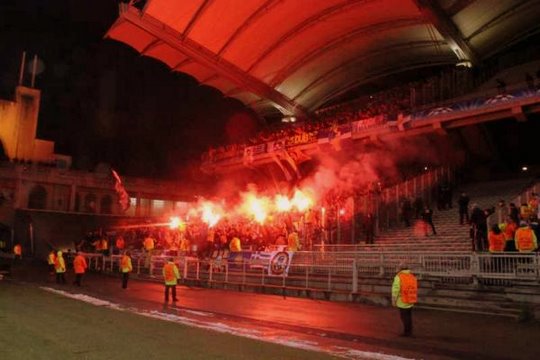 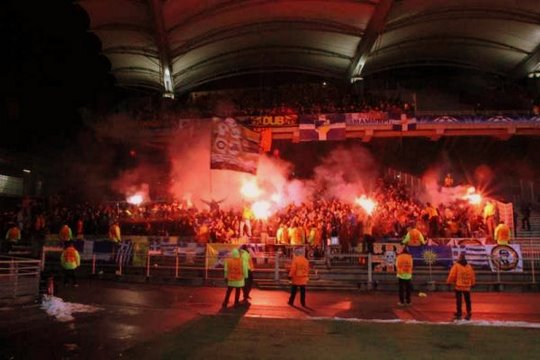 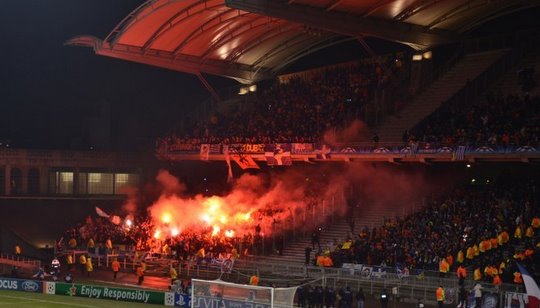 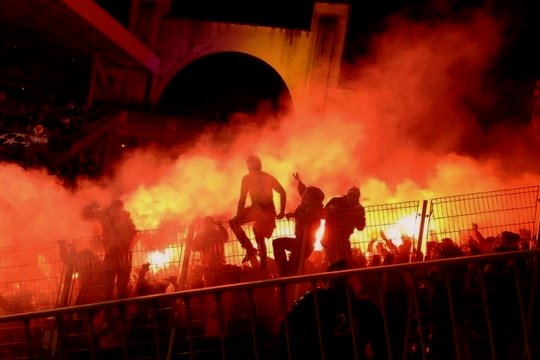 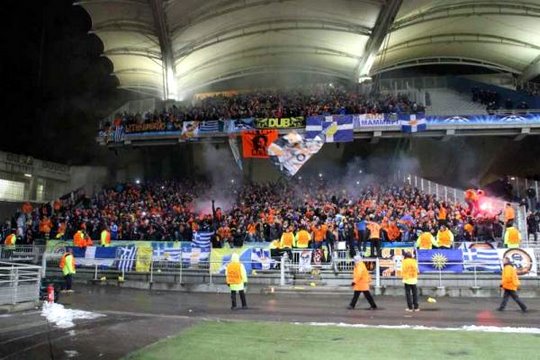 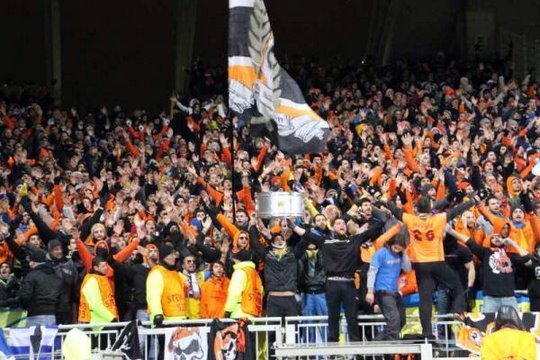 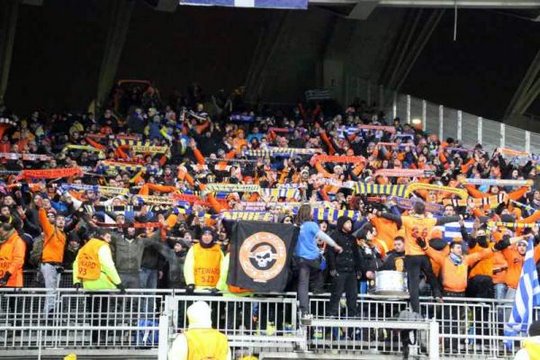 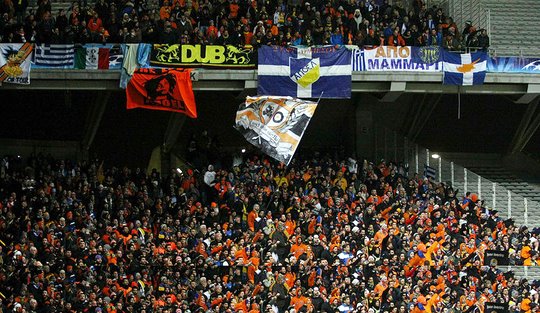 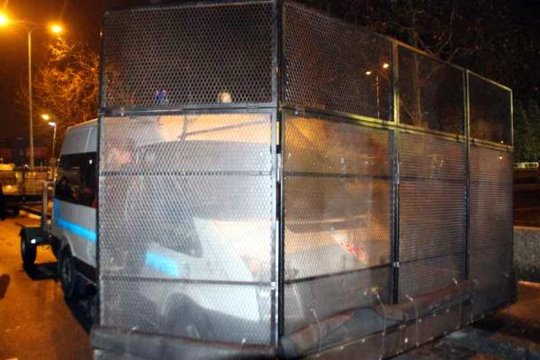 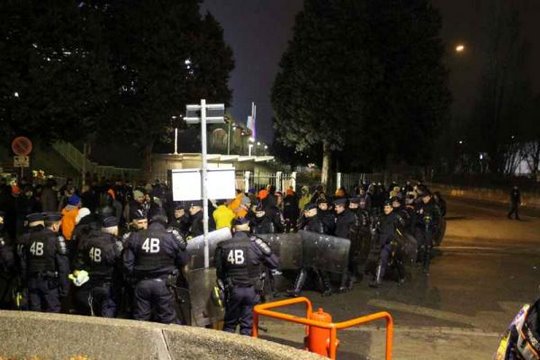 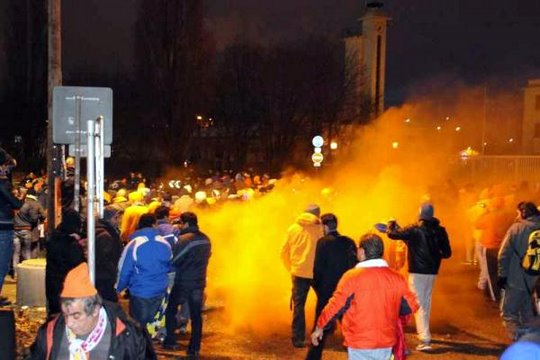 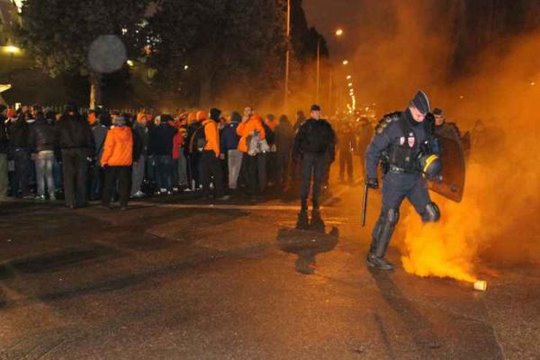