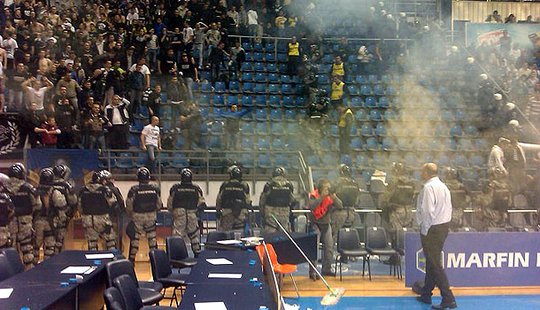 Before the match between Partizan (Serbia) and Cibona (Croatia) there was a fight between the group Zabranjeni (Forbidden) and Alcatraz (main Grobari), both groups supporting Partizan. This is an ongoing conflict, and about a year ago one supporters were killed in a fight between these two groups.

Things calmed down and match started.

It didn't take long time before match got interrupted. Zabranjeni group lighted much pyrotechnics and started throwing object to the field.

Match continued after Zabranjeni were forced to leave the arena.

No away fans from Croatia (This club don't have Ultras following them). 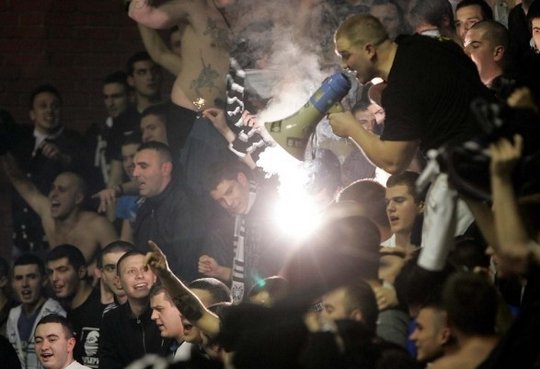 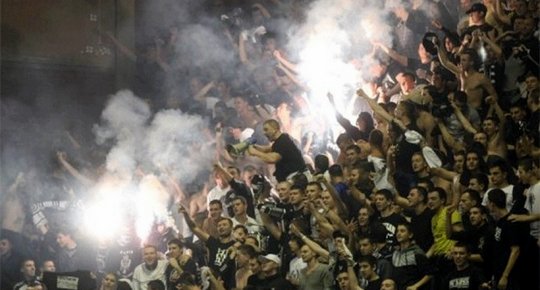 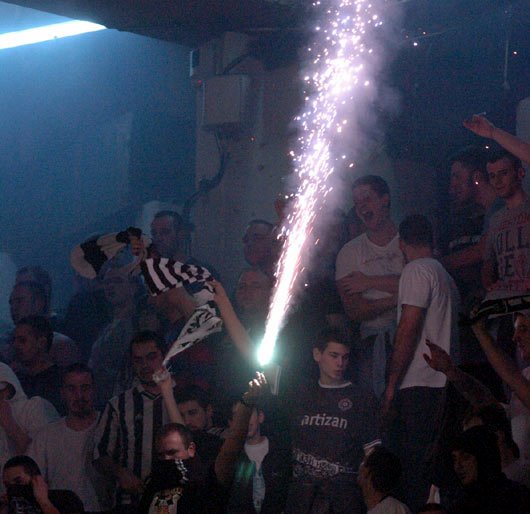 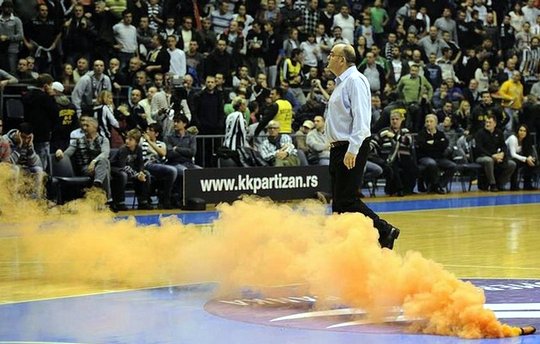 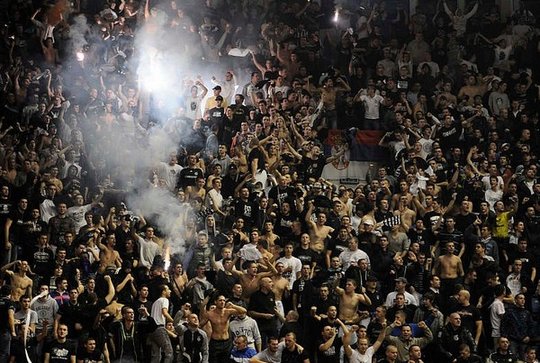 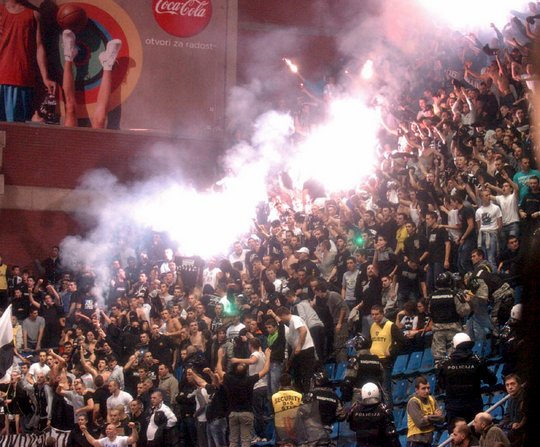 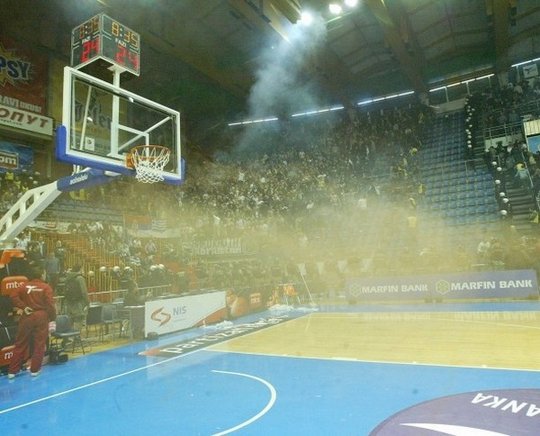 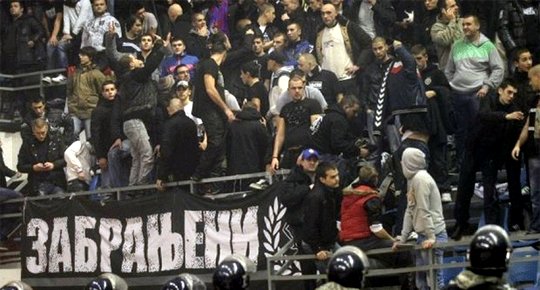 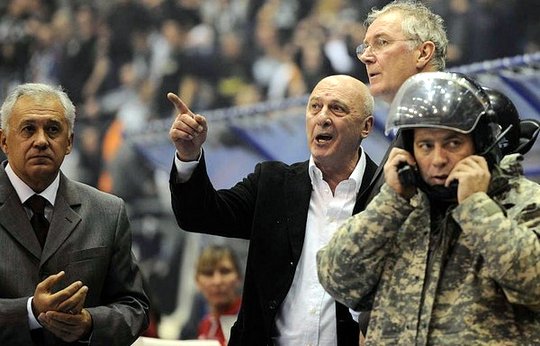 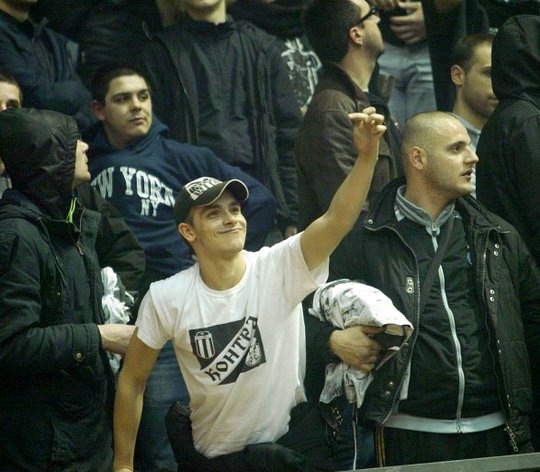 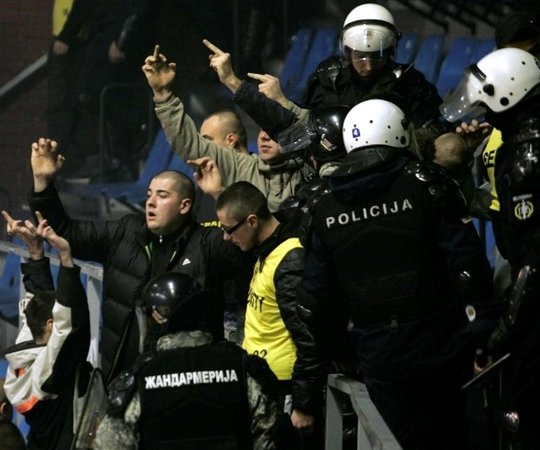 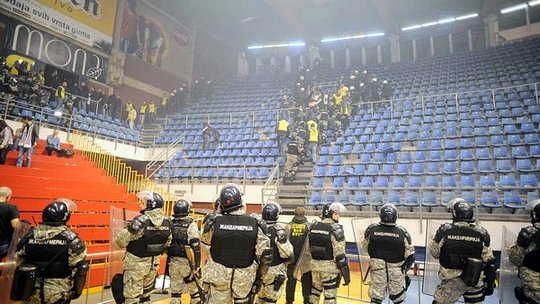 Click here and read more about the conflicts between groups of Partizan.