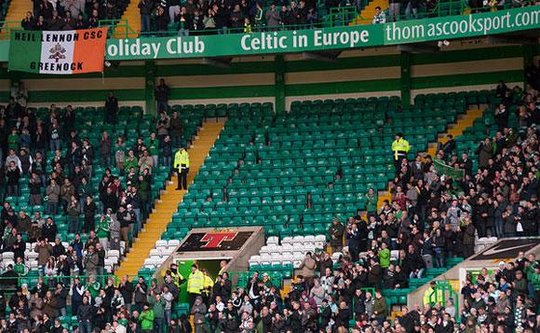 Yesterday we wrote about trouble Green Brigade got after pyro in the match against Motherwell few days ago. Green Brigade published a statement according what happened during that match, and there was already rumors about Celtic going to close the Ultras section again at Celtic Park.

- Celtic decide to ban 128 fans from their matches (home and away), some of them wasn't even on the match against Motherwell!

- 250 season-ticket holders at the Ultras section (number 111) will be relocated to other places in the stadium.

The group have already been criticized over political banners displayed at the CL match against AC Milan few weeks ago, but the main reason for this decision was the smoke and damaged seats after match against Motherwell.

In August this year Celtic also closed the Ultras Section, that time for "safety reasons".

Ultras-Tifo really don't understand why the club decide to work against their own supporters because of a few smoke bombs and damaged seats. They can ban those who was responsible for it, but not ban a whole group for something 10-15 supporters did.

This is how we like to see section 111 at Celtic Park: 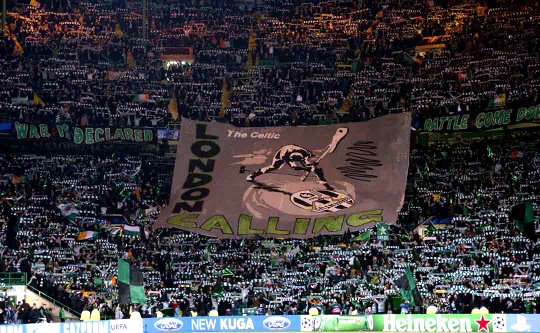