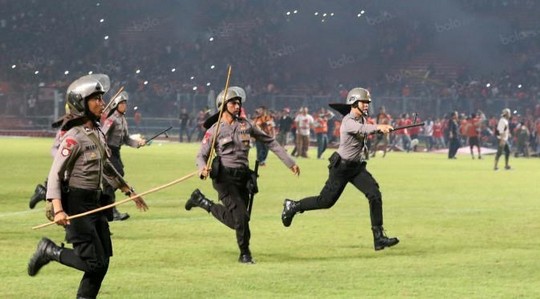 Persija's last match at Gelora Bung Karno stadium. One day after the 489th anniversary of Jakarta city. Persija fans made an attractive choreography before the game started. Following 2 matches before this match, that a Persija fan killed by police. During the game, fans kept throwing pyros and yelling "murderers" at the police. Until police randomly shot tear gas several times to supporters in and outside the stadium. The game pulled out 9 minutes before the match ends after supporters invaded the pitch as police shot tear gas to terraces

Chaos outside the stadium. Reported that 1 policeman killed and 3 police are still in critical conditions. Also, few police cars damaged and 2 police motorbikes were burned down by the supporters. Hundreds of fans got arrested. 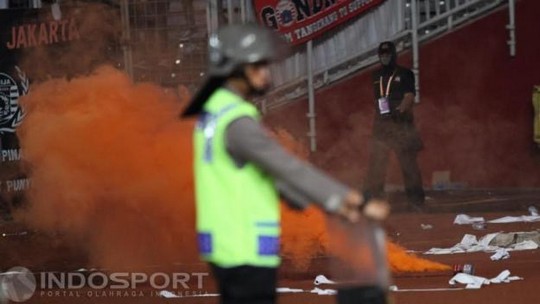 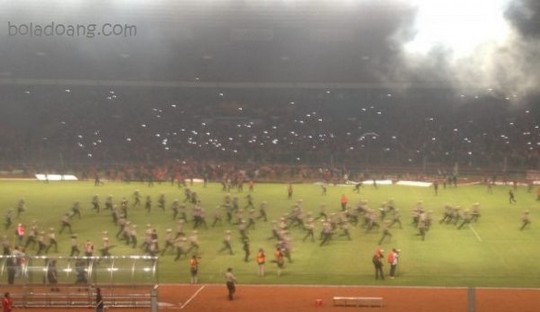 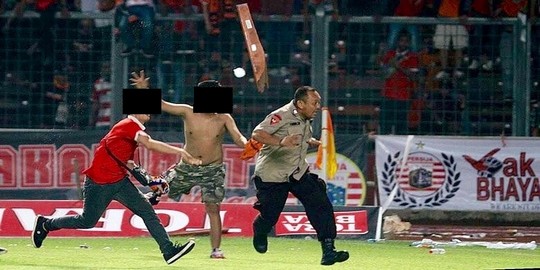 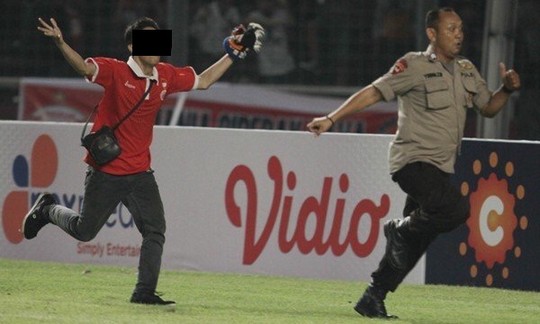 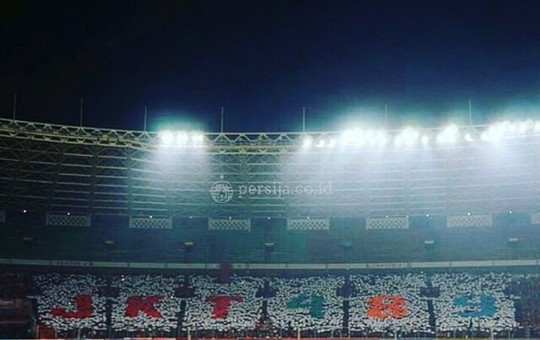 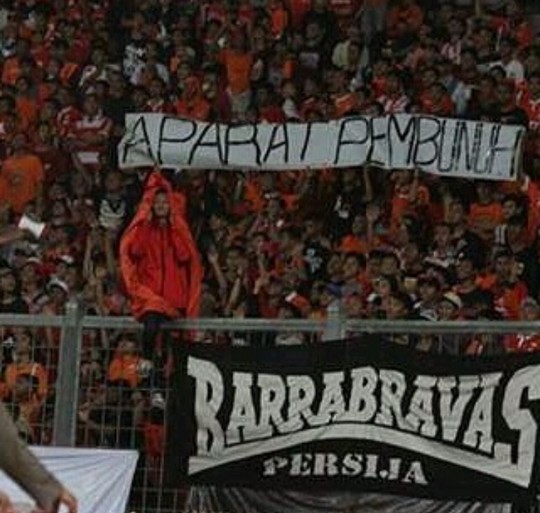 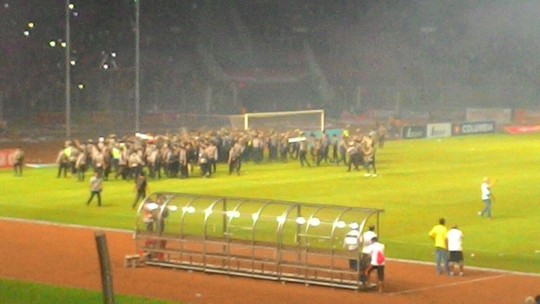 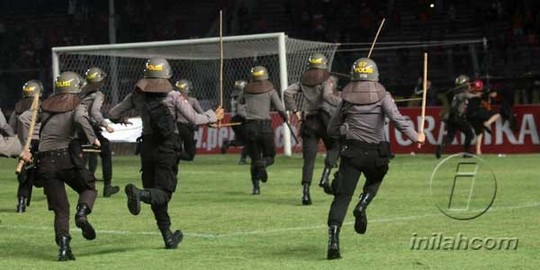 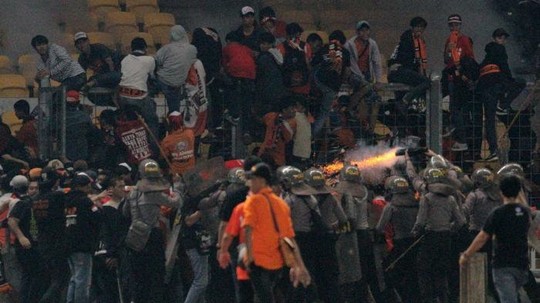 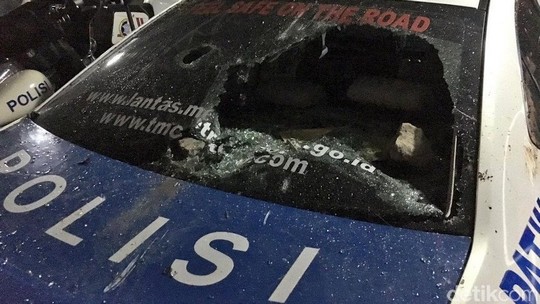 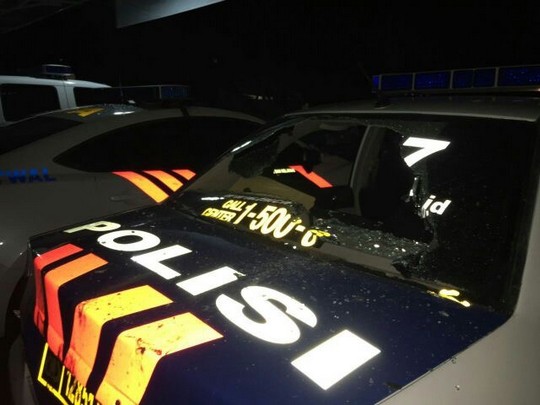 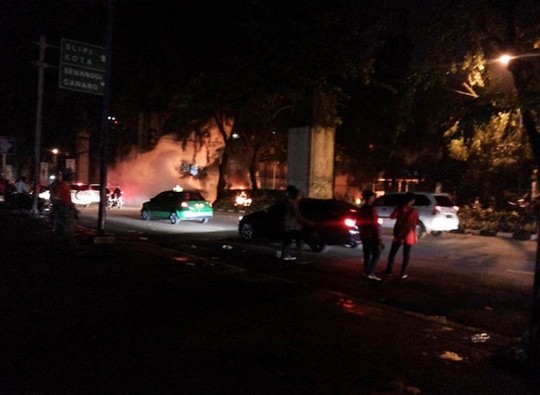 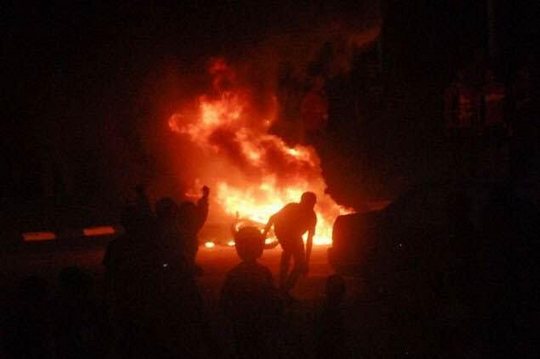 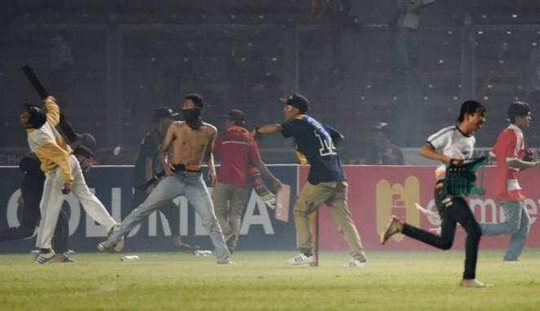 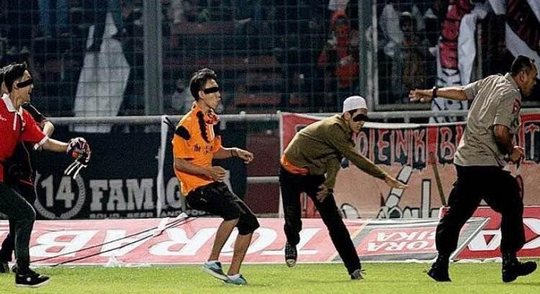