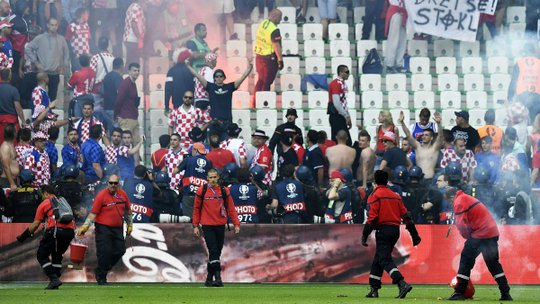 On the match Croatia vs. Czech Republic, played on EURO 2016 in Saint Etienne (17th June), Croatian ultras in 85th minute interrupted the match with flares and one firecracker on the pitch. After that Croatian fans in that sector clashed in internal fight. Normal fans were angry on that action and attacked ultras who where there and who they believed was responsible for this protest.

This action was a protest against corrupted football federation in Croatia. Many newspapers around the world after the incident started to write about mafia in Croatian football, about Zdravko Mamić, Davor Šuker...

But in Croatia totally different story. 90% of the public were angry on guys who did this, asking for big fines, they were sharing pictures all over the internet showing faces of whom they believe did this protest (if you didn't wear national team shirt and you were standing near you were immediately guilty and shown in public).

People in Croatia decide to ignore football mafia just because national team played good. Those people only watch football and pretend to be fans every 2 or 4 years when Croatia playing on big tournament, they usually never go on normal matches and struggle with repression against real football supporters.

The guys who fight mafia is called terrorists, anti-Croats. Even by Croatian president! 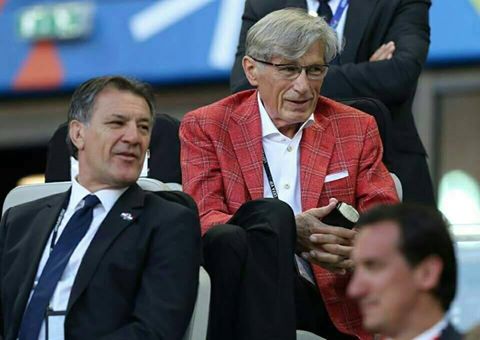 Meanwhile photo from the Vip sector in Bordeaux during match Croatia-Spain: On left - Zdravko Mamić, in criminal charges for misuse of position and authority, bribery and embezzling  of over 15.1 million Euros from Dinamo Zagreb. On right: Tomislav Horvatinčić - Croatian entrepreneur who killed 4 people with his boat and got only probation.

Last few days police in Croatia started to arrest people by watching photos and videos from the incident. So far total 13 ultras (mostly from Torcida and few from Kohorta) were arrested and kept in investigation jail for at least 1 month. The bail they ask for their freedom is crazy for Croatia: 10 000 euros! Only one of them is accused for throwing pyro.

They are charged by Croatian criminal law for causing disorder. Even thought the "crime" was done in France, and French police don't care much about it - the Croatian police and state attorney are working on this. Even Croatian Special Intelligence Agency is involved. One of the lawyers say this has no legal basis, because in French law there is no same article law.

Btw the normal fans, who started fight on the stands, are not arrested!

>>> Torcida explain why Croatian fans threw pyro on the match.