Istanbul police have carried out a dawn operation against fans of three major football teams, detaining many as part of the response to an eventful Besiktas - Galatasaray derby that was halted after the pitch was invaded by fans in the final minutes of the game.

72 fans of the three leading football teams, Besiktas's Carsi, Fenerbahçe’s GFB (Genç Fenerbahçeliler) and Galatasaray’s Ultraslan, were detained in several districts of Istanbul in the end of September.

Speaking to the press in the morning, Interior Minister Muammer Güler said the operation which started is not related to law number 6222, titled Law on Violence in Sports, but rather that the detentions are targeting an organized crime group.

“There is organized activity and crime in the stands. Custodies are executed as part of the investigation carried out by the specially authorized prosecutors, within the scope of this [crime],” he said. 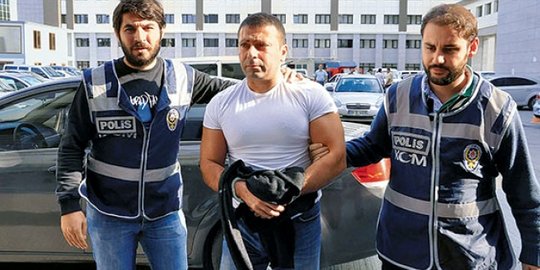 Turkish fans also believe this operation is caused by the Turkish protests against government earlier in the summer.

As Ultras-Tifo wrote, fans from Galatasaray, Fenerbahce and Besiktas played an important role in those demonstrations.