Information about the World Cup Stadiums!

Information about the World Cup Stadiums! 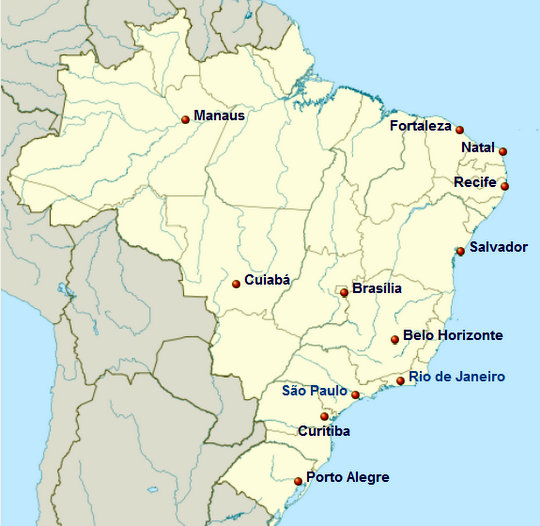 This is the biggest stadium in the capital of Brazil, but yet none of the biggest clubs in the city use the stadium as their home. The big question is what they are going to do with this 72 000 capacity stadium after the WC? None of the clubs in this area are not even close to gather that many fans for any match. 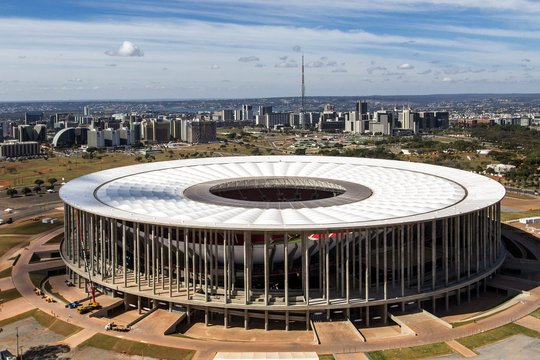 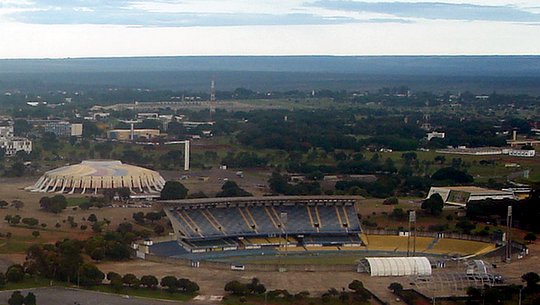 Estádio Plácido Aderaldo Castelo, also known at the Castelão or Gigante da Boa Vista, is the main stadium in Fortaleza.

Similar to the WC stadium in Brasilia there isn't any clubs using this stadium as their home ground. Sometimes Ceará Sporting Club (2nd division) play there, but usually they play their matches at Estádio Olímpico Horácio Domingos de Sousa in front of 3000-5000 spectators.

The other club worth to mention is Fortaleza Esporte Clube (3rd division), they play at Estádio Presidente Vargas. Capacity of 20 000, but normally only 4000-5000 spectators. 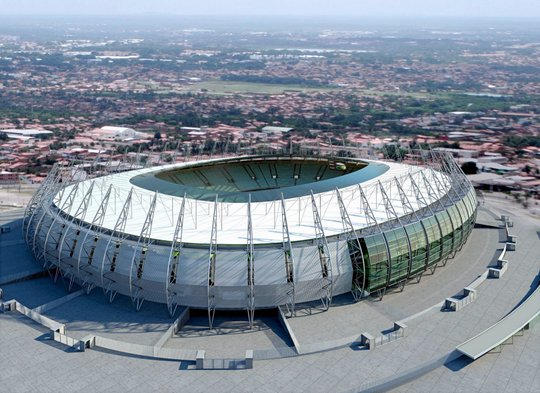 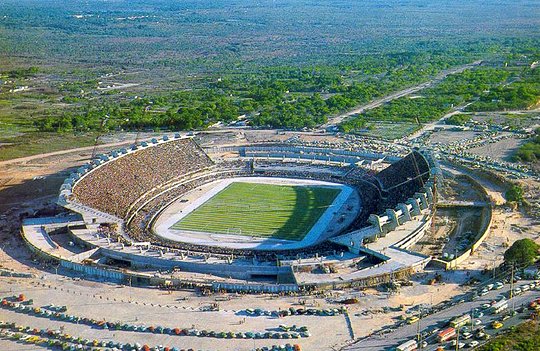 Estádio Plácido Aderaldo Castelo when it opened in 1973.

No doubt the largest stadium in the state of Minas Gerais. Even thought after imposition of FIFA the capacity has been reduced down to 62 000 spectators.

When Brazil won their bid to host the 2014 World Cup, it was clear that Mineirão needed to undergo a large redevelopment. The project included the complete reconstruction of the bottom tier, an extension of the roof, and further refurbishments to upgrade the stadium to FIFA standards.

Among the biggest clubs in the region is Cruzeiro Esporte Clube. They play their matches at Mineirão, even thought they are not close to fill the stadium on regular matches.

Others clubs worth to mention in the area is Clube Atlético Mineiro and América Futebol Clube , they play their matches at Estádio Independência (Capacity: 23 000). 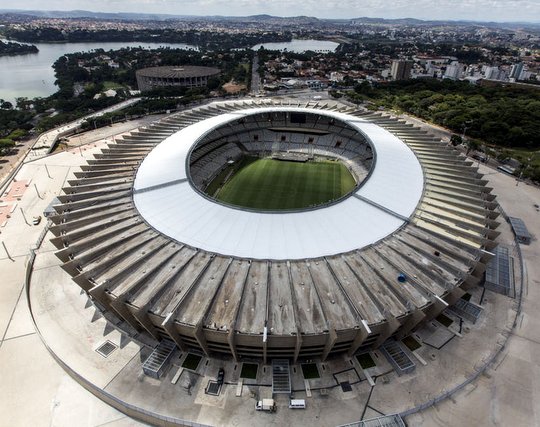 The stadium after being upgraded for the WC.

The stadium hardly changed over the next decades, and it was only when it got chosen as one of the playing venues of the 2014 World Cup that an extensive redevelopment was announced, which included the demolition and reconstruction of the lower tier and the construction of a new exterior and roof.

Estádio Beira-Rio is the home ground of Sport Club Internacional. Their main rival in the city is the other big club Grêmio Foot-Ball Porto Alegrense. They play at their new stadium Arena do Grêmio which was completed in 2012 with a capacity of 60 000 spectators. Even thought they got a new big stadium, Grêmio wont host the WC. 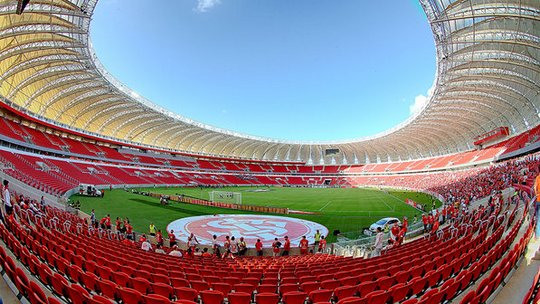 Stadium ready for the WC. 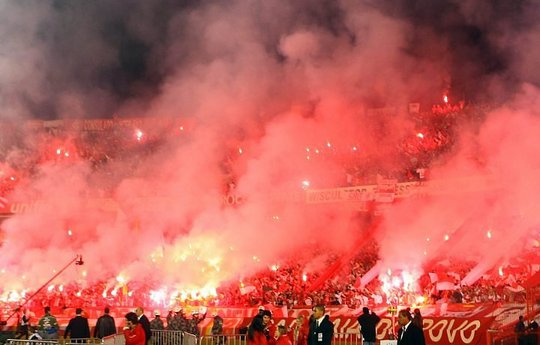 The stadium was built for the world cup in the place of the older stadium Estádio Fonte Nova which was built in 1951. Record attendance in the old stadium was incredible 110 000 on a match in 1989.On a match with 60 000 spectators in 2007 a section of the stadium's highest terraces collapsed and killed 7 fans.

Arena Fonte Nova is the home ground of Esporte Clube Bahia. Their rival Esporte Clube Vitória will use the same stadium for their high-profile matches, but normally they play in the 35 000 capacity stadium Barradão. 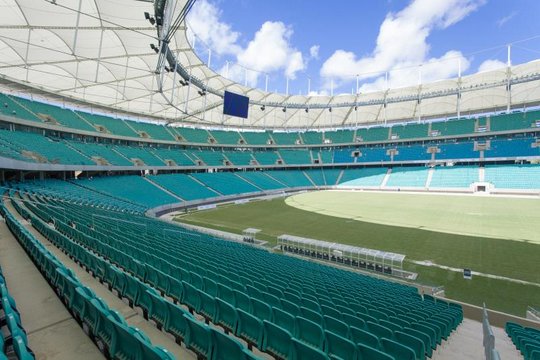 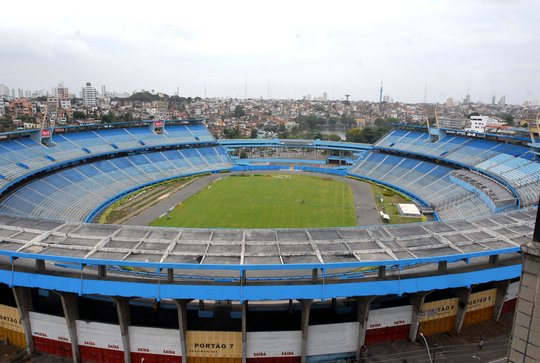 This stadium was built for the World Cup and Clube Náutico Capibaribe has started to use this stadium as their home ground.

Before Clube Náutico Capibaribe played in their old stadium Estádio dos Aflitos from 1939, with a maximum capacity of 19 800 spectators. A lovely stadium in the middle of town, now they moved out of town to a stadium way to big for their crowds.

Their main rival Sport Club do Recife will continue to play in their stadium Estádio Ilha do Retiro with a capacity of 35 000 spectators. 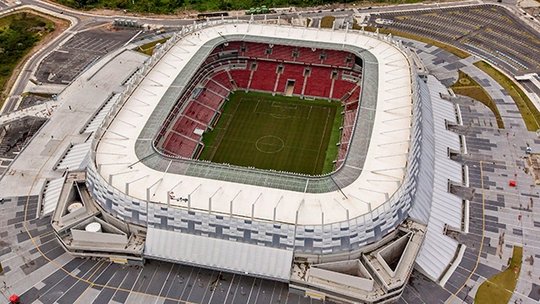 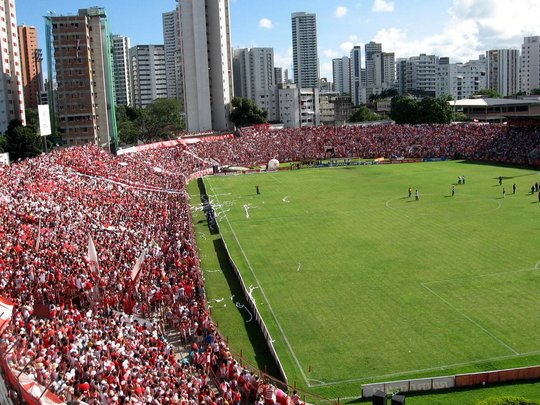 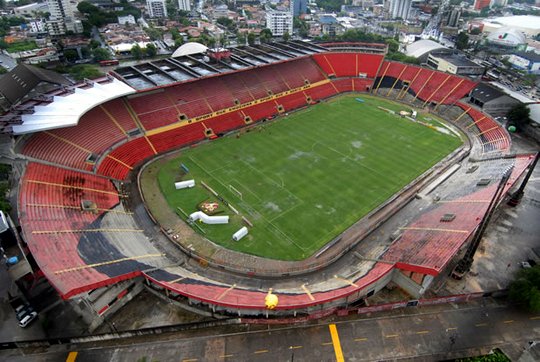 The Arena Pentanal replaced the old stadium Estádio José Fragelli which was built in 1973.

Once the World Cup is over, capacity will be reduced from 41,390 seats to about 28,000 seats by dismantling the upper parts of both ends. It will then become the permanent home of local sides Mixto EC and Cuiabá EC. 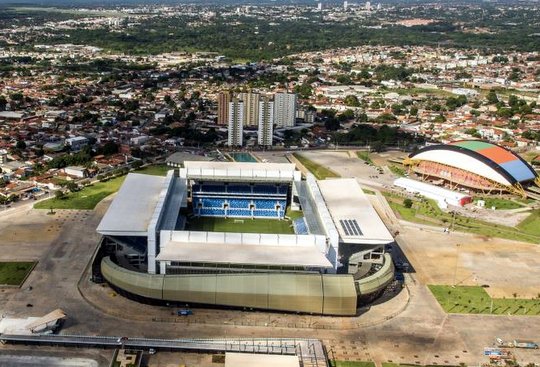 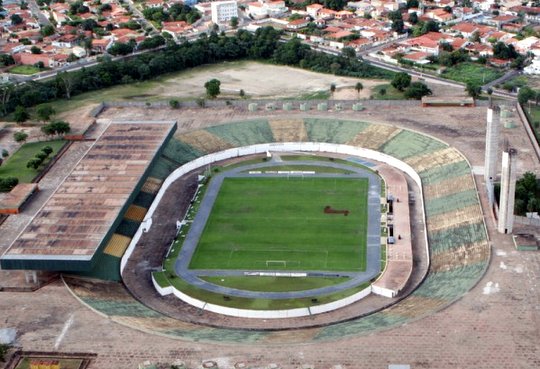 Owner: Governo do Estado do Amazonas

Arena da Amazônia replaced the old Vivaldão stadium, which used to be the main stadium of the city.

This stadium is also the home ground of the two rivals Nacional Futebol Clube and Atlético Rio Negro Clube. 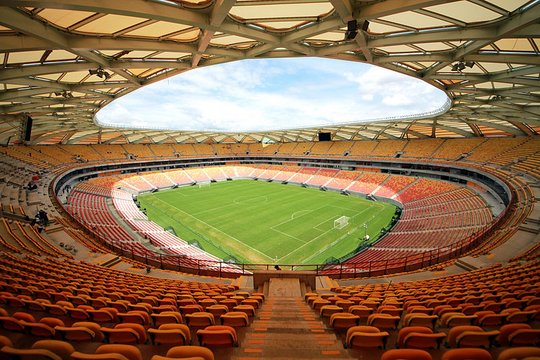 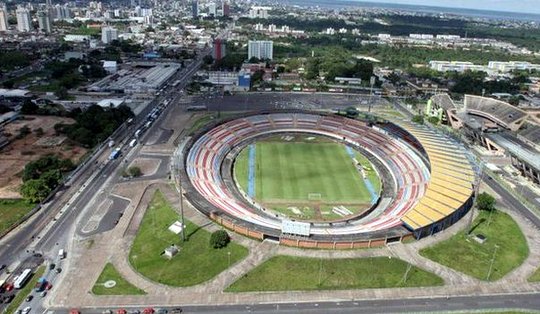 Visit our World Cup forum zone for latest news during the tournament!